A Bit About Us

Jake has led a diverse career in marketing, public relations and talent development since 2002, spanning the sports business, life sciences and financial services industries. In 2018, he was finally able to leverage his obsession with social media and personal branding into the role of Vice President, Marketing, for Movement Mortgage in the Charlotte area. #Blessed.

From 2002-12, Jake directed international media operations for the USOC and USA Baseball. He tried – and failed (thanks, Derek Jeter…sigh) – at getting baseball back into the Olympic Games, and he led the corporate merchandising operation for the USGA during that period as well (read: he put small logos on U.S. Open hats). In 2012, the Triangle Business Journal threw him a bone by recognizing him with a 40 Under 40 Leadership Award. Jake spent the next four years with KFA Search, recruiting executive-level talent for medical device, pharma and biotech companies, thus rounding out his theretofore un-rounded liberal arts-dominated career.

When he’s not writing long, boring bios, you can find Jake and his wife, Page, scrambling to keep up with their three kids. Spoiler alert: they can’t keep up. And pro tip: if you spend even a couple of minutes following their travails on social media, you’ll instantly feel better about your parenting skills.

If you’re a fan of local television in Charlotte, Page is your new best friend. She hangs out with residents of the Queen City, weekdays at noon and 4 p.m. on FOX 46. These are also known as “normal human being hours.” And she would know, as she formerly spent most of her career in morning TV. One lesson she’s learned with the new schedule? Sleep > everything.

Page grew up right outside of Washington, D.C., but has lived in North Carolina for more than 15 years. She graduated with a journalism degree from UNC-Chapel Hill and proceeded to spend two years with the Peace Corps in Honduras digging latrines. Her parents were thrilled at the results from four years of paying out-of-state tuition. Page’s life took an only slightly more glamorous turn when, upon completion of her Peace Corps service, she moved to New York City to wear navy blue polyester and make barely enough money to live on Ramen noodles as an NBC Page (yes, she was “Page-the-Page”). During that time, Page also met the man of her dreams over a “Dumb and Dumber” movie line quote-off. It was love at first sss…slippy…slappy…swanson…SIGHT. Love at first sight. (Sorry, she knew it started with an ‘S.’)

Fast forward to today… and now Page is in love with three men and one woman. But she’s married to one of them and gave birth to the other three, so that’ll teach you to jump to conclusions. Part-time hosting and reporting jobs in New York led to a full-time gig at WNCN in Raleigh and then to FOX 46 Charlotte. Her husband, Jake, their three knuckleheads and she now live on the same street as seven other members of her family, and if that doesn’t make you think they’re insane then maybe this will: Page now voluntarily sets her alarm before 5 a.m. to start her day. You know the old saying, you can take the girl out of morning TV…

Meet Jage (just go with it):

Jake and Page are the co-authors of “Holy Crap, We’re Pregnant,” a she-said, he-said book on pregnancy. It took them 10 years to finish it. Seven years after Page was pregnant with their youngest. To say they may have a procrastination problem is an understatement. All it took was one global pandemic in 2020 to cross the finish line. Some people baked banana bread. Some people finished a book. Go figure. Jake and Page also co-host the “Date Night with Jake and Page” podcast and co-teach personal and professional development training classes. They make a decent co-team. 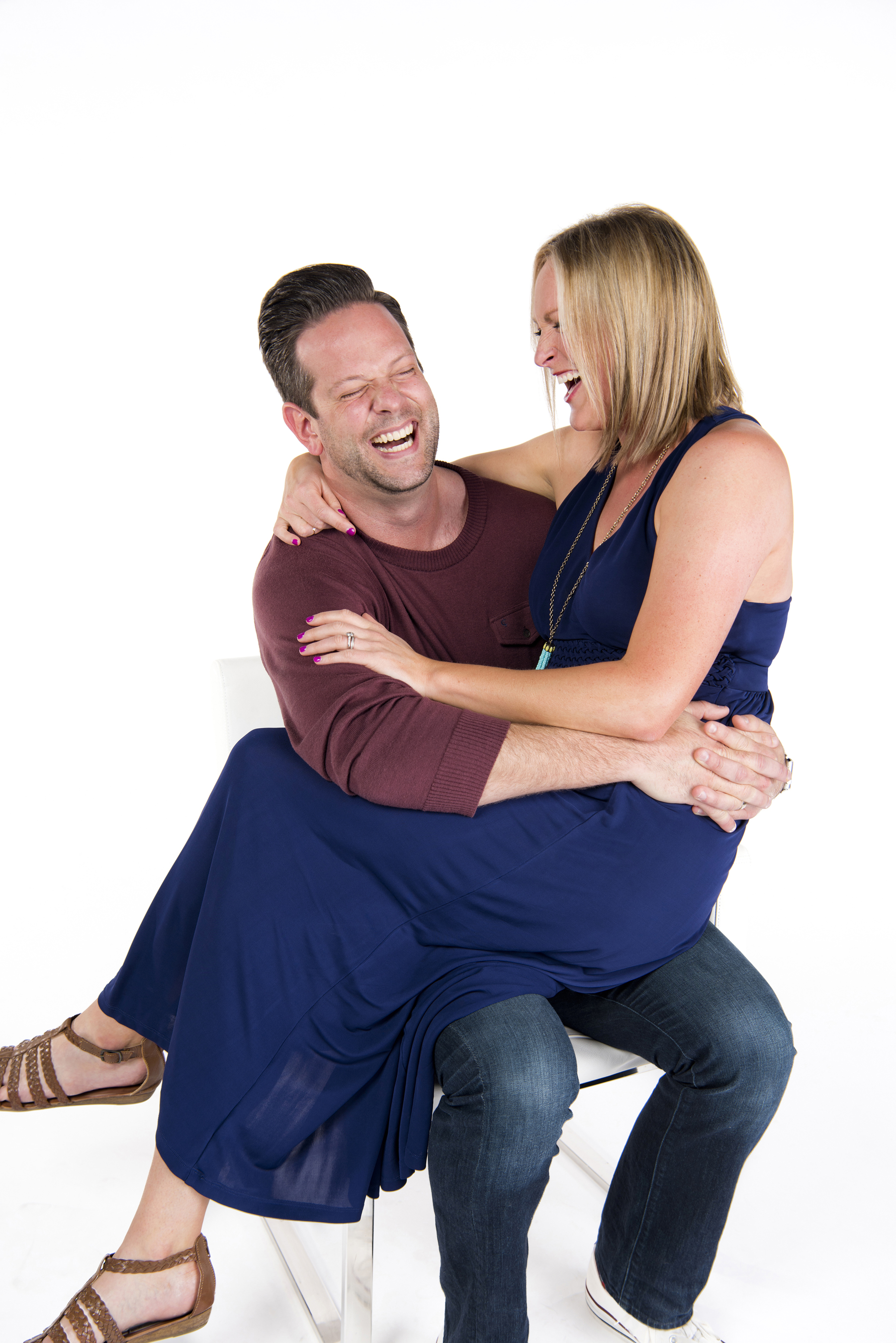 DO YOU HAVE AN EVENT, TRAINING OR PRESENTATION WE CAN HELP WITH?